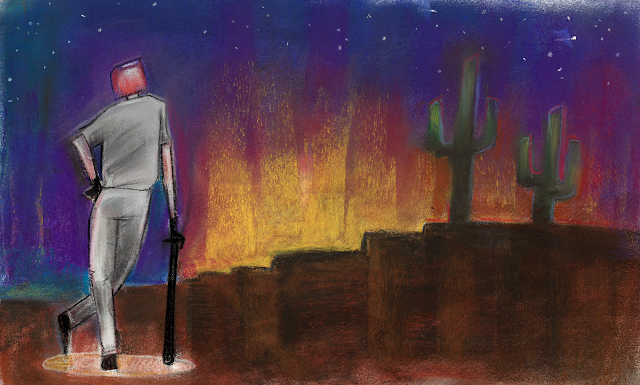 Pitchers and catchers for my favorite baseball team report today to Goodyear, Arizona (in the, ahem, CACTUS League) which has long been regarded by the most devoted fans, and by this blog, as a celebrated holiday. It's been a long, dark winter, but finally spring is on the horizon... and also possibly (hopefully maybe someday eventually) a brighter future. It won't be a particularly good year for my guys, wins and losses-wise, but if there's baseball being played, I'm there. Let's go. Batter up.

Fine art print of this illustration is available right on over here.
Posted by elizabeth at 8:36 AM