The last two years, I've illustrated the cover of an e-book called the Redleg Annual, which previewed in eloquent and entertaining fashion the Cincinnati Reds of 2013 and 2014.

For this year's zine, which is still available for purchase as any number of e-formats HERE (seriously, it's only $5...GO HERE!)... I did two interior illustrations instead and got to step into the weird and whimsical zone a little, and it was a ton of fun.

For an article on Reds All-Star catcher Devin Mesoraco (titled "Devin Goshdang Mesoraco") I was tasked with envisioning a Lovecraftian creature that could appropriately accompany an article containing lines like this:

Devin Mesoraco is feared. By pitchers, sure, but also by children, beloved family pets, and young Victorian-era adventurers unjustly denied their inheritance. There is a rumbling of the earth and a black skein over the sun when Devin Mesoraco digs in. (words by Asher Kohn) 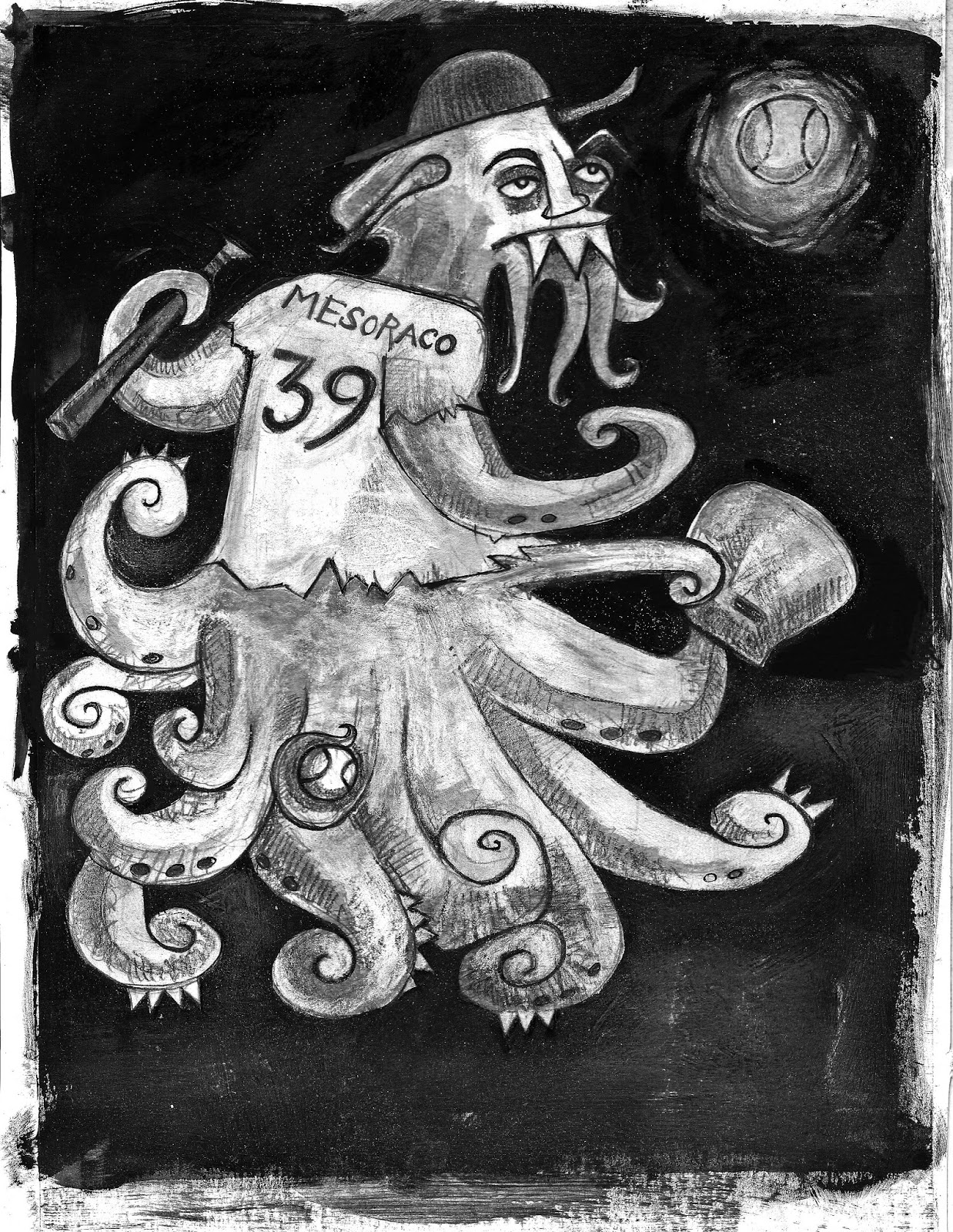 This one's a bit experimental for me, because I used a larger variety of media than usual.  This one included gouache, Colourfix primer, pencil, permanent marker, and pastels.

And for an article introducing new Reds players, I got a little punny welcoming Mr. Marlon Byrd, because sometimes I just can't help myself: 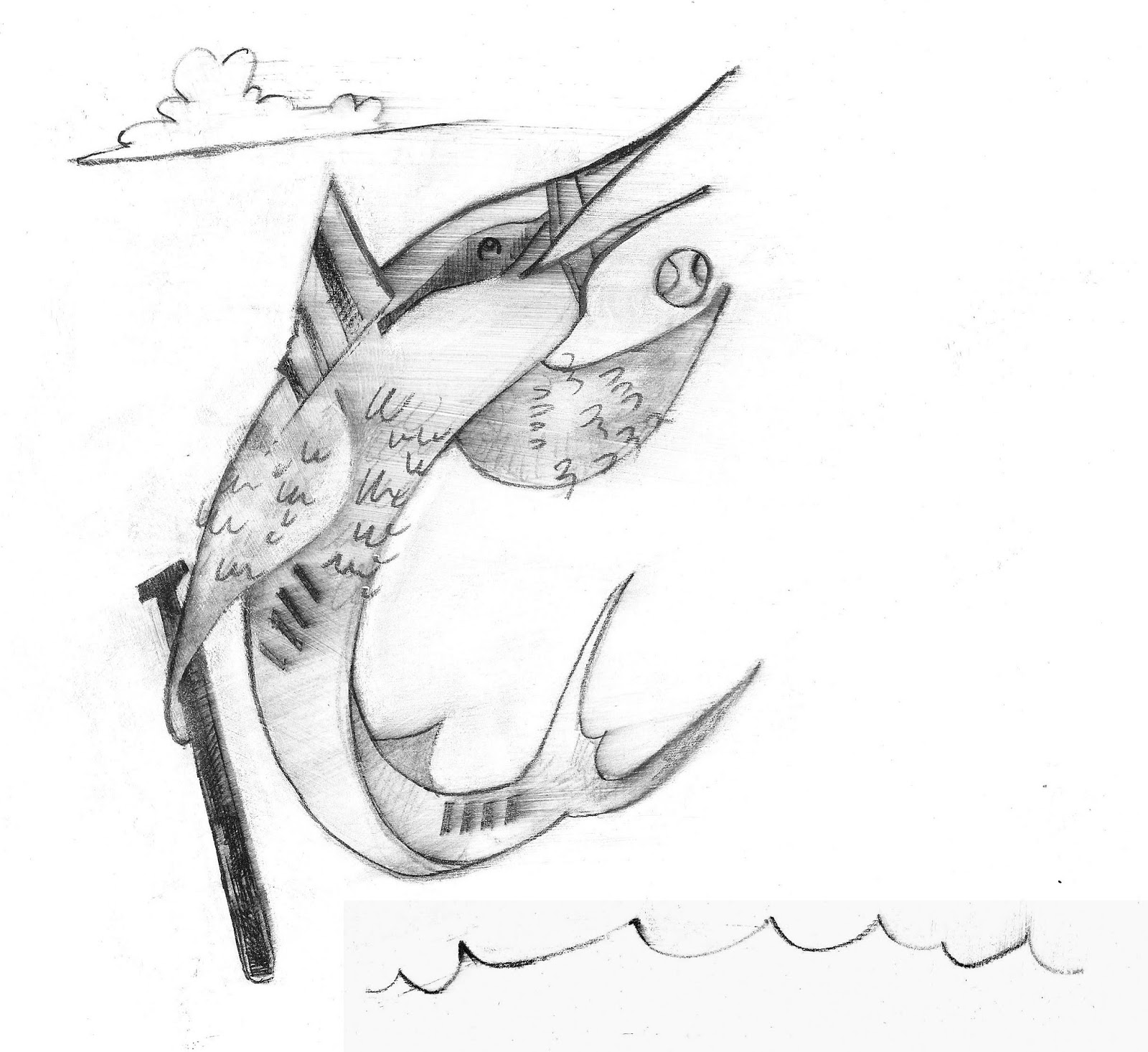 Today is Opening Day for my Reds and most of the baseball world, so happy 2015 season to all you baseball fans out there, and happy lovely spring day to everyone else!
Posted by elizabeth at 7:43 AM